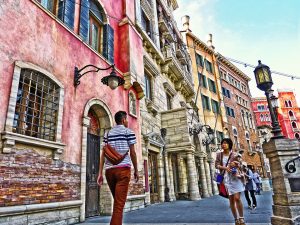 A recent study conducted by the British Medical Journal (BMJ) stated that doctors that studied abroad were better at their job than traditionally trained students. The metrics were simply measuring the survival rates of both party’s patients.

The numbers were close with patients survival rates, foreign trained doctors saw an 11.2% rate of death, where US-trained physicians saw 11.6% but the concept was quite intriguing.

Why do doctors with foreign training seem to have the edge, even here in the United States?

Despite this odd statistic, foreign trained doctors have a hard time keeping pace and getting staffed in high-quality hospitals.

So what can be learned about the higher success rate of foreign trained doctors? It could simply rest in the way care is perceived in other countries, giving better care on an emotional level in addition to practicing medicine.

Many believe that turning away these quality physicians from the US medical field is lowering the quality of car in general.

The lesson to take from these examples is that as a medical student you good benefit a lot from studying abroad. Most medical schools offer study abroad programs that are enriching for students who seek new experiences.

It’s within these experiences that students begin to widen their scope a bit and boost their reasoning skills when they come across something new, instead of defaulting only to what they have learned.

It’s not fully understood why foreign doctors, despite multiple disadvantages when practicing in the states, seem to have a leg-up on the competition. Ultimately, medical students can benefit from traveling and having something interesting to put on their medical school or residency applications.