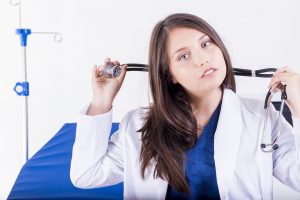 When your goal is to get a medical degree, it can be hard deciding what you want to choose for your undergraduate focus. There’s no set course list.
You can choose which undergraduate degree you want, as long as you meet all the required courses to enter medical school.

But are some degrees more destructive for your medical career than other?

You might be surprised what other students studied based on the top-performing medical schools in the country. You’d think they all studied biology and moved on to the next stage in their education. You’d be wrong.

According to the US News & World Report, the top performing medical schools for primary care favored biological studies. That should come as no surprise.

Yet, those that studied these degrees were still under 50% of the students that attended these schools.

Those who studied other majors were in the minority but not by a wide enough margin to disregard their success.

Even more amazing was the success some degrees had on the MCATs.

It’s the interdisciplinary majors that seemed to help students succeed more so than traditional degrees.

Students that studied psychology understood the complexities of illnesses better than their STEM counterparts.

Now, the MCATs include a subsection for Psychological, Social, and Biological Foundations of Behavior.

While biological studies remain the most popular field of study for undergraduate degrees, there’s been a shift.