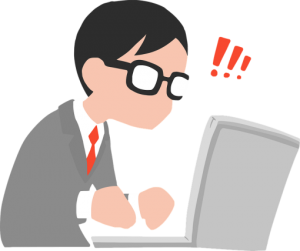 Not all doctors went to pre-med right out of high school. In fact, an estimated 5% of new medical students are over the age of 30. While this number is certainly low, it proves that it’s not impossible to attain your medical degree later in life. You should be aware that there are quite a number of negatives when it comes to going back to school at an older age. The physical, as well as the mental, demands that are placed on older medical students can be a lot for a person that has the financial and social obligations of adulthood. Read some of the pros and cons of going to medical school as an older student below.

One of the pros to being an older student is that you can bring something new to the table for applications that younger students simply can’t.

You are probably in a better financial situation as well. You may already have debt, but your credit score is most likely leaps and bounds above any 24-year-old student. This simply translates to possible improved loan options.

That being said, there are many cons to going to medical school at an older age that will put you at a disadvantage. Right off the bat, it might be hard to get into medical school because there is a stigma surrounding older medical students. Some schools may see it as a lack of commitment to a highly competitive field.

Another con is that your relationships and finances will likely take a hit. This study is very time-demanding so you won’t have much time to work or spend with friends and family. Younger students have a more flexible social and work life so they can afford to take these mentally and physically draining shots to the psyche.

One of the most unfortunate concerns is student loan debt. For some, it could take most of their life to pay it off with realistic goals. That being said, you simply have less time to pay that amount off than your younger counterpart. This can be a major deterrent for older medical students.

It’s highly recommended that you take all these into consideration before you choose to pursue a second career later in life.